Proms, for me, were always awkward events. My first one was a pity date with a senior who didn’t have anyone else to ask. We barely knew each other, and the entire evening was one long, uncomfortable silence. I have friends who had similar prom experiences. Let’s be honest, an expensive gala is not the ideal first date. Beyond that, there is a great deal of romantic hype and expectations about prom that lead to stress and anxiety.

Recently, our coop had a Western Murder Mystery Dinner for the high school students. It was not intended as a prom replacement; it just happened to fall during prom season. However, I couldn’t help comparing the two. For Teen, this was a much better option than a prom at this point in his young life.

First of all, it wasn’t a romantic event. So, unlike prom, there was no pressure to find a date, and no stigma for those who were unattached.

Secondly, the students didn’t miss out on the fun of getting dressed up. Only instead of spending money on expensive dresses and tuxes, the kids suited up in old west garb. There wasn’t any competition over dollars spent and no concerns about immodest clothing. Every student went all out. The girls were beautiful in their long skirts and cowboy boots. Their hair bedecked with flowers. The boys were devilishly handsome in their jackets and cowboy hats. Most of the costumes were either borrowed or composed of thrift store finds. All of the students were elaborately attired, but nobody had to break the bank.

Third, it was a loosely scripted event. As a mystery dinner, the teens were given actions and conversations with other “characters” that had to be carried out during the night; After the “murder,” they had to interact with one another to solve the crime. Unlike a prom, the students mingled as a group. There weren’t any cliques or children feeling left on the sidelines. As a perk, Teen was the victim and gleefully performed a dramatic death. 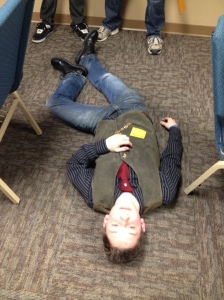 Like a prom, the students enjoyed a delicious dinner. Only the meal was provided at the event, so no concerns about reservations or pricey restaurants. The enthusiasm the children showed in their costumes was matched by the creatively decorated room. Many parents volunteered their talents to materialize an old west saloon complete with bartenders that mixed cherry or vanilla Cokes, as well as any other crazy combo that sprang to the kids’ minds.

I’m not here to dis proms. Our homeschool association has one each year that is well-attended. However, I couldn’t help but feel that this event was much better than a prom. It had all the fun, none of negativity, and cost my family a grand total of seventeen dollars (ten for the dinner and seven for the costume). In the years to come, Teen will recall this night fondly instead of cringing at awkward memories.